Who is Roberto Cruz? 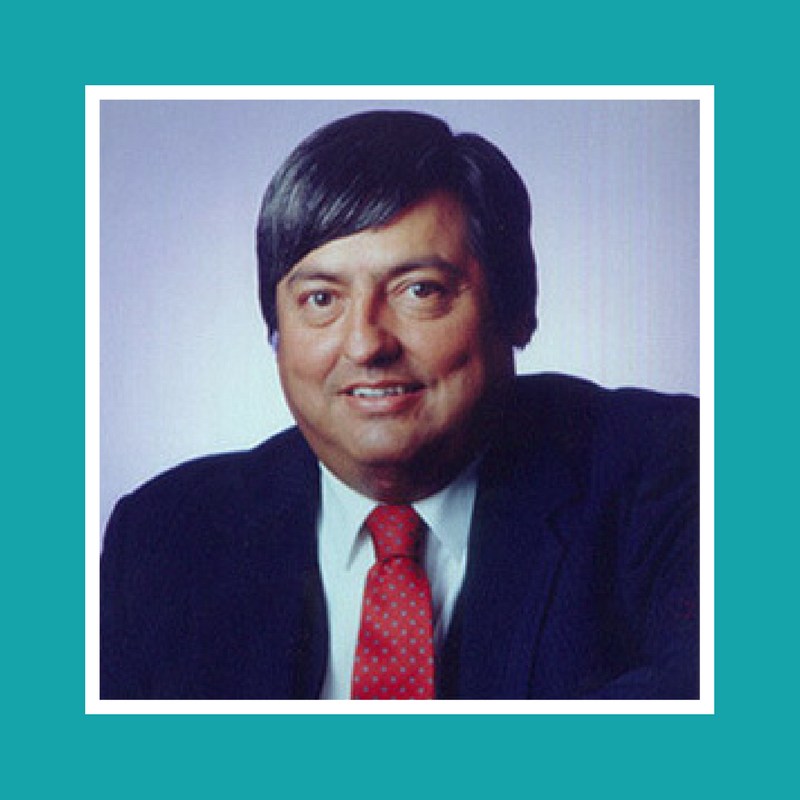 Early Life- Bobby from the Barrio
Roberto Cruz was born on May 2, 1941, to Antonio and Concepcion Cruz in a barrio in Corpus Christi, Texas.  He was the third of 5 sons who grew up poor, “without ever feeling poor”.  “Bobby” as he was called back then, grew up playing sports and was noticed in middle and high school for his football prowess.  He balanced school, football and working at the family market during high school and picked cotton during the hot Texas summer.

He would go on to Captain the Roy Miller High School- Corpus Christi team as a star Middle Linebacker/Center and was noticed by college recruiters.  A guidance counselor mentioned to him the likelihood of a college athletic scholarship and that he needed to get into college track courses to qualify.  At that point, he was a “C” student and chose to seize the opportunity and apply himself academically.  It was tough, but Bobby made the transition showing that he had the necessary intelligence and could excel if given the chance to go to college.

After distinguishing himself as a player in the football hot-bed of Texas, he earned an athletic scholarship to Wichita State University- a top 20 football team in the late 1950’s.  Bobby left Corpus Christi, Texas for Wichita, Kansas in 1959 as the first person in his family to go to college.

Kansas- College Life
At Wichita State University, being on the football team exposed Bobby to racial-integration that was not commonplace in Texas.  He made friends with Italian-Americans from New Jersey, Anglos from the Deep South and African-Americans from New York City.

He saw snow for the first time and learned how to balance studies and football along with working summers in the hide cellar of the old Cuttahey Meat Packing Plant.  It was a formative experience that gave him confidence in his intellectual abilities and taught him how to work with people from diverse backgrounds.  He thrived in the college environment and his team became the 1961 Missouri Valley Conference Champions and went to the 1961 Sun Bowl.

In 2003, Wichita State University and Roy Miller High School posthumously inducted Dr. B. Roberto Cruz into their Athletic Halls of Fame.  He was inducted not only for his accomplishments on the football field, but also for his outstanding accomplishments off the field.

Going West- Making the Decision to do more for Latino Students
When Roberto earned his Bachelor’s Degree in 1963, he became the first person in his family to earn a college degree.  After graduation, he saw a job notice on a bulletin board for a Mathematics and Spanish Teacher at a middle school in Stockton, California.  He taught Latino students from the San Joaquin Valley for five years and became frustrated by the educational barriers facing his students.  It was at this time that Roberto made the choice that would change his entire life and those of countless others.

In 1968, Roberto Cruz was selected for a Master’s and Doctoral fellowship at the University of California at Berkeley.  In 1968, the world was in social turmoil as war protests, civil rights, riots and assassinations brought differences to the surface.  U.C. Berkeley was no different, as campus and “The People’s Park” became forums for open discourse against the draft, against social injustice, and racism.  During his Doctoral studies, Roberto sat on graduate admissions committees to ensure that minority candidates got fair consideration.  In 1970, Roberto earned his Masters and Doctorate Degree in Education and Policy from the University of California- Berkeley, PHI BETA KAPPA.

In 1971, Roberto Cruz married Guadalupe Rojas in San Leandro, California.  Guadalupe, from San Diego, Texas, had completed her Bachelor’s Degree and already started a teaching career.  She would become his partner in everything from then forward as their paths became one.  A year later, the first of their 3 sons was born.

It was also in 1971 that Dr. Cruz established and became Executive Director of the Bay Area Bilingual Education (B.A.B.E.L.) located in a converted warehouse in Berkeley, California.  B.A.B.E.L. was a producer and publisher of bilingual education materials for school districts and institutes all over the nation, as well as a trainer of teachers to handle a growing Latino school population.  Dr. Cruz was a state and national pioneer in bilingual education and served as President for both the California Association of Bilingual Education (C.A.B.E.) and the National Association of Bilingual Education (N.A.B.E.).  As a recognized expert, Dr. Cruz also lectured at Stanford University as a member of the Education faculty (1976-79).  He made regular trips to Washington D.C. to speak with lawmakers and cabinet leadership and successfully lobbied for increased funding for bilingual education programs all over the nation.

In 1977, Dr. Cruz established Project Vida Preschool in Berkeley.  A year later, El Nuevo Mundo Preschool opened in Richmond, California.  The goal of these schools was to begin the educational and language development of minority students so that they may have the best chance of success entering Kindergarten.  In order to further the mission of B.A.B.E.L. and the Preschools, Dr. Cruz built a coalition of educators, civic leaders and politicians who realized the growing need for differentiated instruction for Latino students.

The National Hispanic University
Ten years of programming and research led to the evolution of B.A.B.E.L. into The National Hispanic University (NHU).  Dr. Cruz's research into what made minority students successful in college took him to Historically Black Colleges and Universities and Jewish minority Institutions like Yeshiva and Brandice Universities.  His mission was to identify what made them leading producers of African-American and Jewish college graduates.  He found that these institutions had 3 things in common- high expectations, role models and support systems.  They expected their students to excel and demanded only their very best at all times.  The faculty setting these high expectations The student was being given these high expectations by faculty and staff that knew their experience because they too were a minority student once.  These minority institutions also had support systems such as learning labs and advising services to make sure that the student made an early connection on campus and one that can assist them in navigating barriers that minority students commonly face in their educational journey.

With this as its foundation, The National Hispanic University opened the doors of its 2-room building on December 7, 1981.  Located in Oakland, NHU's mission as a non-profit, 4-year institution was to provide Hispanics, minorities and others with a baccalaureate or professional degree using a multi-cultural educational approach-La Familia Approach.  With Dr. Cruz as its visionary President, NHU faced challenges like accreditation, financing and infrastructure development- head on.

Dr. Cruz used to say that "no one does it alone", and found early partners in the U.S. Departments of Education and Commerce and accreditation through the American Council for Independent Colleges and Schools.  The late Randolph Hearst III visited the 2-room start up and his limousine was as long as the front of the 2-room building.  Anyone who came into contact with Dr. Cruz was transformed into an ardent supporter of the NHU mission and his vision for a unique institution.

In 1991, a group of San Jose civic leaders and politicians convinced Dr. Cruz and his Board of Trustees that it was the place for a larger, permanent campus.  It was at this point that NHU began the transition to the south bay with dreams of a larger campus and serving the region’s large Latino population.

In 1994, Dr. Cruz identified and secured a10.5-acre abandoned elementary school campus built in 1959.  NHU wasted no time becoming a part of the community and serving its students and residents.  This larger and better- located campus would allow NHU to embark on a “Golden Age” that began in 1997.  Over the next 6 years, Dr. Cruz engineered and presided over a flurry of successive institutional milestones that propelled NHU from a start-up to a stable and maturing 4-year institution of higher education.  These milestones included:

1997- Established Partnership with NASA/Ames Research Center to assist NHU with the development of Math/Science Curriculum and Programs.

In March 2000, everything changed as Dr. Cruz was diagnosed with Colon Cancer and given a short time to live.  Against the advice of his Doctors, Roberto decided not to retire and chose to finish the job of building The National Hispanic University and Latino College Preparatory Academy.

In the final 2.5 years of his life, Dr. Cruz and his supporters bought a 10.5-acre campus, initiated a building program for a new facility, established a Charter High School and gained full accreditation from WASC.  As he used to say, “he was on a shortened timeline”.

On September 4, 2002, Dr. Bernard Roberto Cruz lost his brave fight against cancer and died surrounded by his family and loved ones in his home.  In his final days, Dr. Cruz met with an inner-circle of NHU Board members at his home and they resolved to build a new academic facility in the hopes that he would live long enough to see it.  They also swore to take up the NHU standard should he pass.  Roberto would not live to see it built, but knew that his friends would not fail him or the students.  On July 19, 2004, Sobrato Hall at NHU was opened.

Dr. B. Roberto Cruz was President of The National Hispanic University for 22 years and presided over 17 commencements.  In a 39-year career in education, he received over 200 awards and is a member of numerous Halls of Fame.  His contributions have been read into the records of the United States House of Representatives, the California State Legislature, the County of Santa Clara and the City of San Jose.  He has also been recognized by the National Security Agency, NASA/Ames Research Center, San Jose State University and his likeness and name appear on Wall of Honor in the Department of Education in Washington D.C.  In 2005, the community and the City of San Jose recognized his contributions and sacrifice by naming its new East San Jose library in his honor.  The Dr. Roberto Cruz Library is down the street from campus.

Dr. B. Roberto Cruz’s Living Legacy
Dr. Cruz’s name appears on and in buildings around the state and nation.  Named after the Founder, the Roberto Cruz Leadership Academy opened its doors in 2015.  His legacy lives on, most, in the thousands of people he touched.

He lives on in the students, faculty, and staff of The Foundation for Hispanic Education schools- formerly The National Hispanic University,  Alumni serve society as teachers, entrepreneurs, computer scientists and public servants.  They are educators and civic leaders who carry that sense of familia and mission to the parts of the world they live in.  Although he may be gone in body, his example and story will inspire others in perpetuity.  This is the greatest impact of his legacy.

Bobby Cruz did the most with his opportunity and is proof that Latinos and others can succeed provided the opportunity to realize a better life through a college education. Dr. Cruz is survived by his wife and partner in all things- Guadalupe Cruz Rojas and their 3 sons- Roberto II, Marco Antonio, and Fernando Rey.  All three sons are university graduates.